As usual, in the world of digital marketing, it’s been a big week. We saw changes to Google Ads and its SEO algorithms, a major announcement from Facebook about sharing news online as well as an iOS update which continues to make waves.

It’s been a wild ride in the social media-sphere over the past little bit.

We have to start with the announcement from Facebook which was released in the early hours of Thursday morning (Australian time).

The restrictions come in response to proposed new Australian laws which would force tech companies to negotiate payment for news content from media companies.

The related bill passed through the House of Representatives on Wednesday night and is set to pass the Senate, meaning it could be law as early as next week.

Facebook had intended to launch the Facebook News tab in Australia which would, in fact, pay publishers to have their content featured. Yet, it says it will now prioritise investment elsewhere around the globe.

As early as Thursday morning, many news sites’ articles had already been pulled from the platform.

Facebook said the move was “disappointing” but cited the difference between the relationship between publishers and Facebook versus Google Search and Facebook, saying in Facebook’s case, “the value exchange runs in favour of the publishers”.

A spokesperson for Nine said Facebook was likely now to be a “platform for misinformation”.

Whatever happens, it’s likely to fundamentally alter how we interact with Facebook, and perhaps other social networks.

Along with the effect of Facebook’s news ban, Google’s news deals also deserve a bit of in-depth analysis.

The reason for this is that the same legislation which got Facebook up in arms also impacts on Google.

That’s why the tech giant threatened a few weeks ago that it would simply leave the country for good.

However, Google has now struck deals with Nine and SevenWest Media which are both worth tens of millions of dollars a year.

Then, they have also reached a three-year arrangement with Murdoch’s NewsCorp entailing the development of a subscription platform, the sharing ad revenue through Google Ads as well as investments in audio and video journalism through YouTube.

Several of the NewsCorp publications to be featured on this Google News Showcase include the likes of The Wall Street Journal and the New York Post as well as in the UK – The Times, The Sun and The Sunday Times and in Australia – The Australian, news.com.au, Sky News and several local mastheads.

Google had already started to take a very different approach to that of Facebook, as it prides itself on being the place to find the most up-to-date news. It already committed last year to paying $1 billion in licence fees over three years to news publishers’ content which appears in Google News page.

Another story making waves, as it has been for a while now, is all to do with the Apple iOS 14 update and the changes this will bring in relation to Facebook advertising.

Basically iOS 14 includes a requirement for all Apps to prompt its users to allow or deny permission for the app to continue to track them outside the platform.

This update makes it an opt-in system, so unless you accept, your data cannot be shared or collected.

The inability for Facebook to extensively track its users’ behaviour means the effectiveness of its tracking pixel is greatly diminished.

Being able to create hyper-personalised ads was one of the advantages of Facebook Ads for marketers, but, with the update, this ability will be much weakened.

It’s obviously unclear how many people will choose to opt-out of data sharing, but as awareness grows around just how much Facebook knows about us, it’s clear some users will refuse.

There’s the potential for this to be highly detrimental to Facebook’s revenue, as well as that of advertisers.

Apple’s argument is that it aims to protect user privacy above all.

Facebook has, unsurprisingly, issued a harsh response to Apple’s announcement.

Facebook’s VP of Ads and Business Products, Dan Levy, claims the move will hinder small businesses’ ability to advertise on the platform.

Obviously, all businesses are likely to be affected, but those with smaller budgets will be hit most of all.

Levy also attacks Apple for not playing by their own rules, saying Apple’s own ad platform is not subject to the new policy, although all other apps are.

He also argues businesses will now be forced to turn to subscriptions and in-app payments, meaning Apple can profit from these purchases, which it cannot do through Facebook Ads.

On February 1, he updated the post to add that although Facebook disagrees with Apple’s approach they will show the prompt.

Yet, Facebook will also provide their own pop-up explaining the benefits of personalised advertising and an explanation as to how the platform protects privacy while allowing users to see the most relevant ads.

So, as an advertiser, what should you do?

Begin planning for these changes to take effect is one good place to start. You can exclude iOS devices from Facebook ads to see what the impact will be in the future.

Another option is to begin investigating alternative platforms for Ad campaigns such as Google, LinkedIn or YouTube.

In a move which is becoming increasingly common across paid search, Microsoft will remove the manual bidding functionality from its CPC campaigns.

Microsoft announced that from March this year, it will transition all search, shopping and Dynamic Search Ads campaigns that do not already have automated bidding strategies in place to Enhanced CPC.

By the end of April, no campaign will have access to manual bidding any longer.

Although the software company says the move towards automation will improve conversion rate for advertisers, there are concerns about the loss of direct control over campaigns, particularly for smaller advertisers.

In a more technical move, Google announced in early February that it would gradually move to change the phrase and broad match modifier in order to simplify the keyword process.

In fact, the broad match functionality will all but cease to exist and will be absorbed into phrase match.

The rollout began on Thursday this week, but by July, no advertisers will be able to create new BMM keywords.

What does this mean?

At the moment, there are four types of keyword match types: exact, phrase, broad and negative.

Each match is designed to help advertisers specify how closely a user’s query should match their chosen keyword before an ad is to be triggered.

Google has long asserted that 15% of users’ searches are so unique that it would be impossible for advertisers to have an exact match keyword.

The way broad matches were intended to work was as follows:

But, the word florist can be replaced by flowers, or flower delivery or even wedding flowers as long as Sydney remains.

This is called a broad match modified keyword and it’s defined like this:

The [+] sits in front of the critical word, Sydney, making this a partial BMM.

But, these partial BMMs were never really used as intended, because most advertisers only ever added a [+] in front of every single word.

What they became, then, were full broad match modified keywords.

All of these, however, are about to become phrase match keywords.

The original purpose of phrase match was to ensure that the exact words of the keyword always remain in the same order, but extra words could be added before or afterwards.

This won’t be the case anymore, as phrase match will be like a full BMM, only with the preference to keep the word order the same.

According to Google and Search Engine Journal:

As usual, Google’s keeping its cards close to its giant chest. However, there has been substantial chatter over the last few weeks suggesting the Google Search algorithm has recently had a new update.

So with all these big changes about, let us know your thoughts. 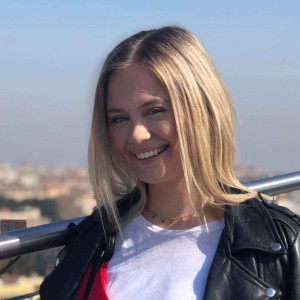