Bondi Sands: A Case Study in PR and Social Outreach

The Bondi Sands glow is a concept well-understood by young women in Australia, the UK and the US. Co-founded by Blair James and Shaun Wilson in 2012, the idea for the company was born after the Victorian Government banned tanning beds and the founders wanted to find a way of delivering the same high quality tan while safely at home. In just less than a decade the brand has become a market leader when it comes to at-home fake tans.

Well, co-founder Blair James says having a small budget meant there was not a lot of money to spend on traditional marketing campaigns. Instead, they had to do a lot of PR as well as social media engagement.

From the very beginning, Bondi Sands products were seeded through PR agencies to reach influencers directly. The brand understood the power of word of mouth to sell their product.

This resulted in the product being promoted online by a veritable army of influencers, both local and abroad – including massive names like Kylie Jenner, James Charles, Tammy Hembrow and others.

A 2018 sponsored post by Kylie Jenner that is estimated to have cost the brand around $1 million led to a 500% increase in online sales.

The post in question had the Bondi Sands product placed directly in the centre, and was marked as #ad. It got 5.5 million likes.

Bondi Sands head of sales and business development, Jordan Mylius, said the post achieved the objectives the brand had desired – 20 000 extra followers on their Instagram page alongside an increase in sales.

The reach from this kind of post is almost unimaginable, and one which you simply could not match with traditional advertising.

Another big name in the influencer world is James Charles, who has 27.2 million followers on Instagram. He also posted an image marked as #ad promoting Bondi Sands, along with a discount code for followers to use.

Discount codes are another great way of building brand loyalty because customers feel as though they belong to a unique and exclusive community. Then, of course, there’s a sense of urgency because the code is only valid for a limited amount of time, really prompting followers to buy quickly and now.

An example of some extremely clever PR was their so-called 2019 Coachella Activation.

They capitalised on the influx of celebrities and influencers into Palm Springs for the first weekend of the globally-renowned festival to launch a new product ‘Aero’. This was the first time the brand moved to launch a product in all three of its markets – Australasia, the UK and the US at once.

They also collaborated with Levis and Pokemon for parties later in the day.

This kind of event is extremely powerful. You can see from Bondi Sands’ own Instagram feed how much content the event generated, and most of these influencers also posted on their own feeds in return for the invite.

Engagement and excitement was also driven by allowing influencers to take over the Bondi Sands’ Stories and share news of the product with their followers.

Many of these influencers also film ‘Self-tanning routines’ which they upload to their YouTube channels or Instagram reels. Bondi Sands is then able to reshare this through their own platform, thereby broadening this circle and increasing engagement.

The website is also full of tips for choosing the correct shade, tanning while pregnant and others.

The brand has recently started to capitalise on TikTok, sharing shorter reels and self-tanning routines that can generate up to 100K views.

Bondi Sands’ own Instagram feed is very much aspirational, and with 1.1 million followers, clearly they are selling something well. We spoke about how important it is to sell more than a product in our Lorna Jane case study and Bondi Sands is another Australian brand following the same kind of strategy.

For many people, whether living in Australia or abroad – the word Bondi is synonymous with the tanned, glowing beach girl and the stunning blue of the water at the beach and pool.

The feed itself is full of influencer posts, stunning images of sunny days and sparkling blue water at Bondi, as well as aesthetically pleasing product placement shots. The colour scheme is very blue and white, and filters have been chosen to be deliberately hazy – immediately reminiscent of a long day spent at the beach.

No matter that Bondi Sands was actually started and based in Melbourne – where you’re more likely to see grey skies and rain – the company is selling an entire lifestyle.

This has been incredibly successful, as it’s fair to say that most people would love to give up their day jobs for a life spent relaxing in the sun and swimming in the waters at Bondi.

Of course, this is but a dream – and so, their audience opts instead for this ‘lifestyle’ in a can – a self-tanning foam that can make you look like you too get to spend your life at the beach.

The brand also keeps things humorous – sharing light-hearted memes on their stories and occasionally on the feed. 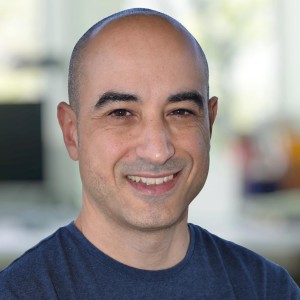 With over 20 years experience in online marketing, Andrea started his career client side working in the travel industry in Italy first, and then in London. After moving to Steak Digital he started his long spell working for some of the best agencies, including OMD International and iCrossing where he managed global accounts for brands like PlayStation, Virgin and Infiniti. In 2011 he moved to Australia to join AtomicSearch as Head of Search. where in 5 years he filled in many roles and responsibilities and has had the opportunity to work with local brands like AMP, Interflora, NIB, but also Nike Australia and Origin Energy, until in 2016 he became General Manager of the Sydney team at iProspect. Since 2017 he is the co-founder of Search Tribe and Ambire.
Tagged The Ecommerce Diaries
Quick Contact